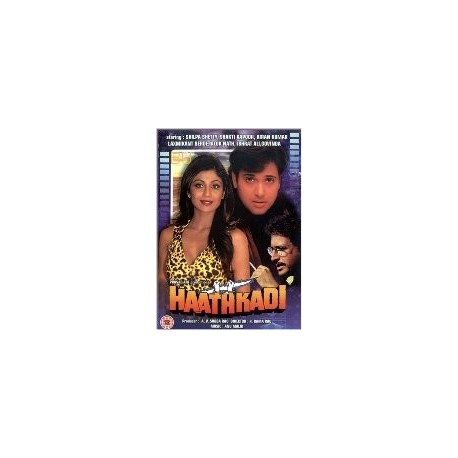 Home Minister Bhavani Shankar (Shakti Kapoor) is an ambitious wild and wicked man whose only aim in life is to overthrow the Chief Minister (Alok Nath). He spreads a reign of terror all around the state to fulfil his dream. He uses weapons like murder, rapes, riots and every form of atrocity to see that he gets what he wants. But there is the young and daring and honest police officer Suraj (Govinda) who comes in his way every time. He frustrates every wicked plan made by Bhavani Shankar. Suraj's daring efforts are appreciated and applauded by the people and even the Chief Minister. At this point bhavani Shankar becomes the most dangerous enemy of Suraj. A battle begins between them. Suraj's elder brother, Arun (Arun Govil) is a fearless newspaper editor who with the help of the mayor Chandraprakash (Satyen Kappu) wants to expose the black deeds of Bhavani Shankar. He wants to expose him before the Chief Minister. bhavani shankar hires a professional killer Chakku Pande (Puneet Issar) and gets both the editor and the major killed. Suraj swears to avenge the killing of his brother, Arun. There is another character Rajnikant (Govinda in a double role) who lives his own life with his girlfriend Rani (Madhoo) who sells chicken to make a living for herself and her alcoholic father. Rajnikant protects Rani from all evil, especially from evil eye of Bachcha Thakur, the "dada" of the basti. Rajnikant's mother gets Rajni and Rani married. Bachcha Thakur forcibly tries to take away Rani on their wedding night. Rajni fights his most daring fight to save Rani. He chops off Bachcha Thakur's hand. He is arrested and jailed.