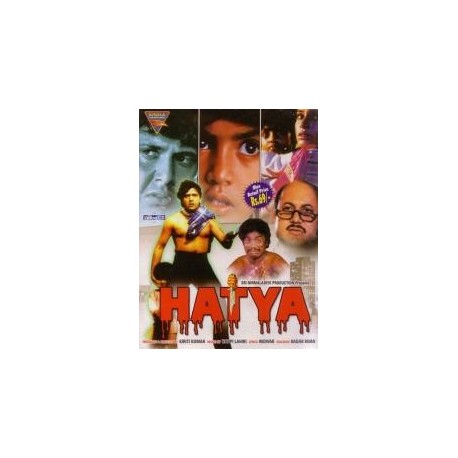 'HATYA' is an experience. Through the eyes oa a chitl. A spine - chilling musical thriller,the film is about the turmoil of a deaf and dumb child, who witnesses a murder along with his mother, and is left alone after the mother is also killed.
Raja escapes and is home less. He sleeps on footpaths. Fortunately he is picked up by Sagar, a painter who has already lost his wife and child. A sad man in the life, Sagar finds the upbringing of Raja as his only motive in the life.
But the killers are shadowing Raja, for they know that he is the only eye witness to their death. Slowly Sagar comes to know about the whole murder story. But the clever moves of the killers implicate Sagar in the murder, and he is imprisoned. Sagar escapes from the jail, and unravels the murder mystery.