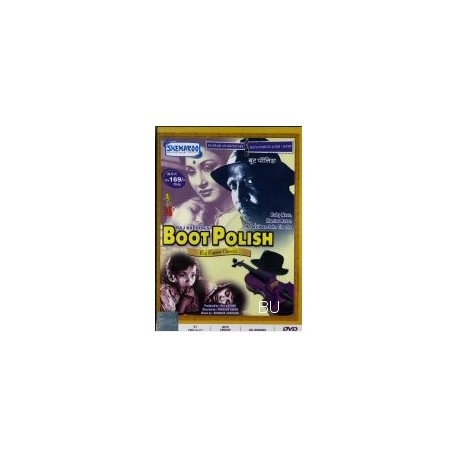 BOOT POLISH" tells a human story of two children who earned their living by polishing shoes in the streets of Bombay. BHOLA, an innocent boy of ten and his younger sister BELU aged seven are destitute children living in the slums. They are well trained in the art of begging by a woman of dubious morals KAMLA CHACHI, who gives them shelter in her dilapidated shack. Her constant abuse and beating makes the lives of these kids a veritable hell. Their only ray of hope is their neighbour, JOHN (David) an old eccentric bootlegger with a sharp tongue but a golden heart. John's simple words "Starve, die, but don't beg"- inspires the kids to stop begging. The idea of shining shoes fascinates Bhola so much that he resolves to become a bootblack. Kamala Chachi however throws them out of the house when they do not bring home any money. The ceaseless rains spoil their chances of getting any customers. A great conflict rises in Bhola's mind. He swore not to beg but his beloved sister is fainting from hunger. What shall Bhola do? Will Bhola and Belu survive these difficult times? Shankar-Jaikishen's music in this film is well appreciated and includes the popular song 'Nanhe Munne Bache' and other songs.