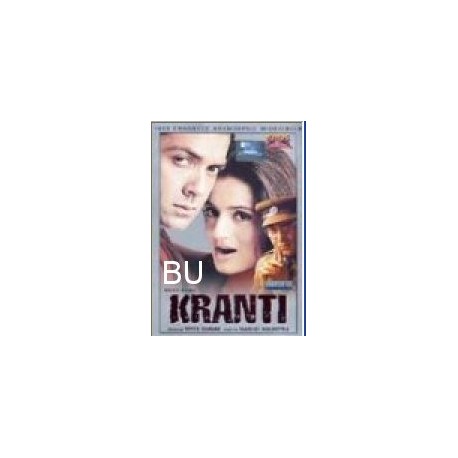 Kranti is the story of a brave policeman. Bobby plays a role of an ACP who does not believe in legal formalities.His rule is no FIR, no talk and justice on the spot. His father, Vinod Khanna is the police commissioner and does not approve of his son's style of working. Amisha is doing a research on honest policemen and meets Bobby and they fall in love. Kabir Bedi is a respected businessman in the city. While investigating a theft, he comes across a clue which points that Kabir Bedi has links with terrorist and the battle between Kabir Bedia and Bobby starts.