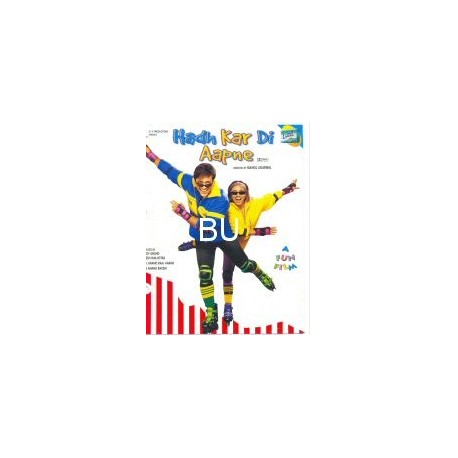 Hadh Kar Di Aapne is another comedy flick staring Govinda and Rani Mukherjee. It is directed by Manoj Agarwal after his previous movie Pardesi Babu in 1998. The cast of the movie comprises of Govinda (Raj), Rani Mukherjee (Anjali), Nirmal Pandey (Sanjay) and Ritu Shivpuri (Anjali), to name a few. The movie starts off with Sanjay (Nirmal Pandey) and Anjali (Ritu Shivpuri), a warring couple desperately seeking a divorce but the petition is turned down due to the lack of sufficient evidence. Anjali then decides to fake a trip abroad and catch hubby red-handed to provide the necessary evidence. She swaps tickets with her namesake (Rani Mukherjee). Ditto hubby, who asks his friend Raj (Govinda) to do some sleuthing.

The location then shifts to Switzerland where after a series of verbal sparing Govinda and Rani finally fall in love and romp through beautiful locations and mountains in Europe, but almost get parted away due to a case of mistaken identity. The supporting actors include Paresh Rawal, Satish Kaushik, Autar Gill, Himani Shivpuri, Navneet Nishan and Tannaz Currim.. Jonny Lever plays a double role in the movie. Govinda once again manages to entertain the crowd with his expert comic timings and his spontaneous improvisations in almost every scene and dialogue.