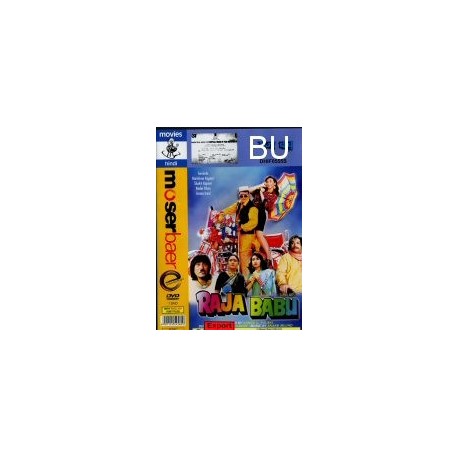 Raja Babu (Govinda) is a good hearted, but spoiled son of Jamindar (Kader Khan). Raja Babu is constanly pampered by his mother (Aruna Irani) and servant friend Nandu (Shakti Kapoor) who is constanlty misleading him into spending money at expensive activities. Raja Babu after meeting Madhu (Karishma Kapoor) falls in love with her and convinces his parents to visit Madhu's parents and arrange his marriage with her. Madhu initially accepts and wedding plans are made, but after finding that Raja is uneducated cancels the wedding and humiliates Raja's parents in public.
Raja attempts to convince Madhu but after a showdown returns home thinking he has failed, not knowing that Madhu has actually started to realize her love for him. Meanwhile, Raja's parents have finalized plans to marry him to a friend's daughter.
When Raja turns down the marriage offer, the angry parents of the girl, reveal the truth that Raja Babu is an adopted child from a poor family. Raja Babu is shocked and humbled by this revelation. Raja decides to be a faithful, responsible son and vows to meet his parents every wish; inlcuding the arranged marriage.