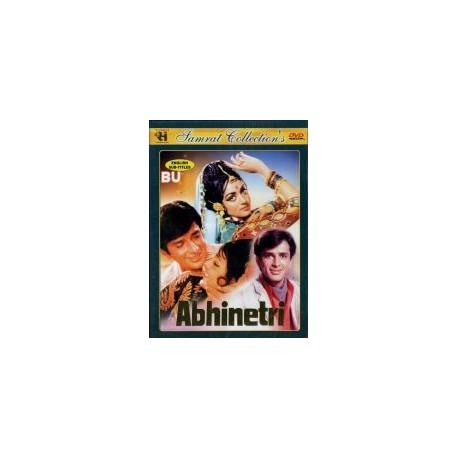 Anjana a brilliant dancer and Shekhar a handsome young scientist hailed from different worlds, yet when they met they discovered they had one thing in common, a love for each other. Shekhar took Anjana to a nearby village, his ancestral home, where his mother lived alone. A strong bond of affection was soon established between Shekhars mother, who had no daughter of her own and Anjana, who had never known what a mothers love was. The young scientist married the beautiful artist and the nights and days mingled into one, as they were lost in heavenly bliss. But duty called and Shekhar returned to his laboratory while Anjana, alone at home began to yearn for the glamour of the stage. Shekhar did not approve of his wifes ambitions in this direction and positively forbid it. There was a clash of ego and Shekhar asked Anjana to choose between the home and the stage. He was shocked when she chose the latter. They were separated. Shekhars mother wrote and informed him that she was undertaking a pilgrimage and would like to spend a few days with her son and daughter-in-law before she set out. Shekhar had not told his mother of the developments at home and would not bear hurting her now. He approached Anjana with a proposition that she come and stay with him and act as his wife for just a few days before his mother left for her pilgrimage. Anjana would never have agreed for Shekhars sake but she loved his mother dearly and realized that if she learnt the truth it would be a severe shock for her. Anjana agreed, but warned Shekhar that it would be merely to shield the truth from his mother, nothing more nothing less. This reunion sets the stage for a emotional confrontation between them, leading to a dramatic climax.