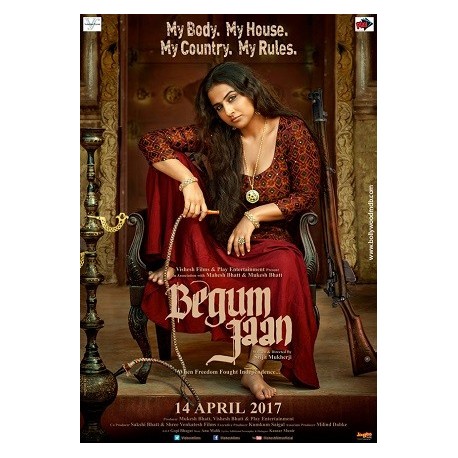 Begum Jaan (Vidya Balan) is a prostitute who runs a brothel between the cities of Sakkergarh & Dorangla. The prostitutes are a number of girls she raised herself, who were either abandoned or disowned by their families and now work for her. The members of the brothel also include an elderly woman known as Amma (Ila Arun), Sujeet (Pitobash Tripathy), a local worker who brings her customers, and Uncle Salim (Sumit Nijhawan), a gunman who guards them. They are pestered by government officers Hari Prasad (Ashish Vidyarthi), Iliyas Khan (Rajit Kapoor), and Inspector Shyam Singh (Rajesh Sharma) who visit her and ask all of the residents to evict the brothel, as it lies on the land that the Radcliffe Line is to pass through.