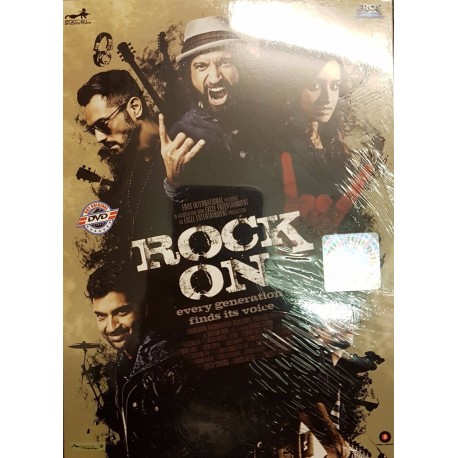 Seven years on.. the sequel paints a canvas much larger than the iconic first part. At the heart of the story comes an ideology that music cannot be nurtured in a competitive environment, it comes from the heart, connects people and breaks barriers across genres, regions and personal gains. It needs to be set free for it to flow freely. This particular thought forms the essence that unfolds the drama in the sequel..

The film tells the story of musicians and bands who grow and evolve through the narrative. They come on a common platform to put the spotlight on a larger issue. Binding the storyline together is 'Magik' and its three band members, Aditya, Joe and KD. Assuming a very different role from the first part, the three battle their own internal demons and strive to bring forth the genius of the younger generation through new sounds and tunes which could go on to become the melody of a new India.

Adi (Farhan) has settled in Meghalaya and has got into tea plantation. He wants to expand his small labor of love in order to help the people of his village. He has hidden all his inner demons and set up this progressive small world here. One night, when this small world of Adi turns upside down and is burnt to ashes, he is stranded all alone with his village orphaned. In order to save his small world, he must set on a journey to fight all his demons and restore his dream. The only way he knows how to do it is by performing music.

Would Adi be able to achieve his dream?