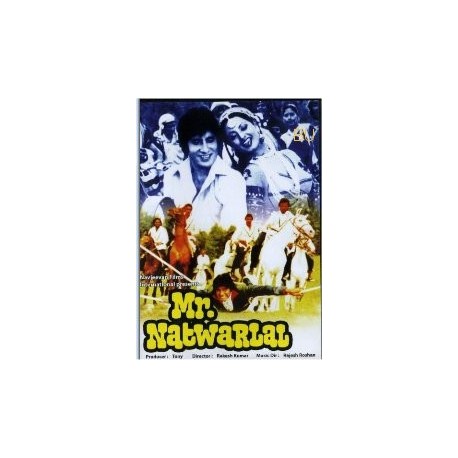 Young Natwar's world consist of older brother Inspector Girdharilal (Ajit) and his Bhabhi Maa - Sister in law, Mother. Girdharilal and his wife love Natwar as one would their own son. On the day Inspector Girdharilal is awarded a medal for his loyalty and bravery. Natwar promises hundreds of same medals for his brother and Bhabhi Maa. Natwar's life as he knows it comes to an end when Inspector Girdharilal is framed for bribery, and is discharged from the police force. Natwar watches as Vicky (Amjad Khan) wreaks havoc on his family, nevertheless Girdharilal does not give up his faith in the system. Years pass by, Girdharilal proves his innocence and is reinstated in the police force, but by then he has lost his brother. Natwar (Amitabh Bachchan) today is known as Mr. Natwarlal, whose sole aim is to bring down Vicky and his evil empire in the town of Chandanpur.