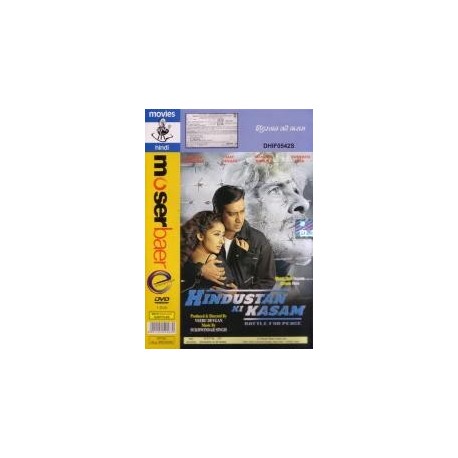 The film is a story of twin brothers separated in childhood during the Indo-Pakistan war but an umbilical bond that survives this physical separation. Touhid (Ajay Devgan) abducted by Jabbar (Gulshan Grover) is taken to Pakistan and reared in a terrorist camp. Ajay Malhotra (Ajay Devgan) becomes an author of thrillers. The uncanny thing is that whatever terrorist act Touhid commits is seen by Ajay in his dreams and written about in his novels which brings him under suspicion. The tension is built with Touhid on a mission to assassinate the Pakistan Prime Minister in India and Ajays mission to foil the attempt by pre-empting his moves through telepathy. Sushmita Sen and Manisha Koirala play the respective lady loves of the two. Amitabh Bachchan, a retired and wounded Indian soldier represents the Indian patriotic spirit.