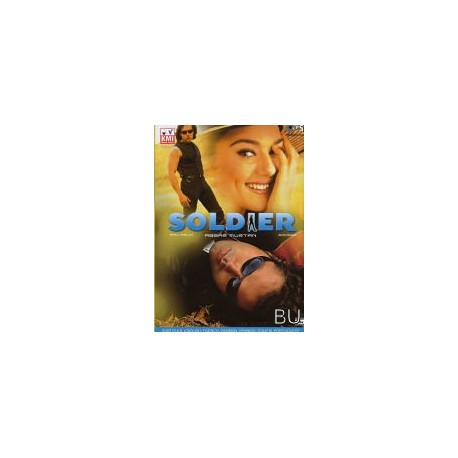 Soldier is the saga of man's (Bobby Deol) tryst with destiny. A charged emotional interlacing of anger, frustration, despair, victory and suspense, where the protagonist commits a murder and flees his motherland. He becomes an undrercover agent of the antagonists. For his ulterior motives he befriends a girl (Preity Zinta) with his oozing charm and besots her with his pulsating charisma. He then murders the girl's father as per his plan. This adds an irreversible twist to the story and the plot thickens as the protagonist is bent on wrecking havoc at the most unexpected places with apparently, the most innocent of victims. soldier is no doubt - an edge of the seat thriller.
The suspense grows with the every passing moment.
The critical building of the plot until its unbelievable climax, is where SOLDIER stands out as a beautifully different film.