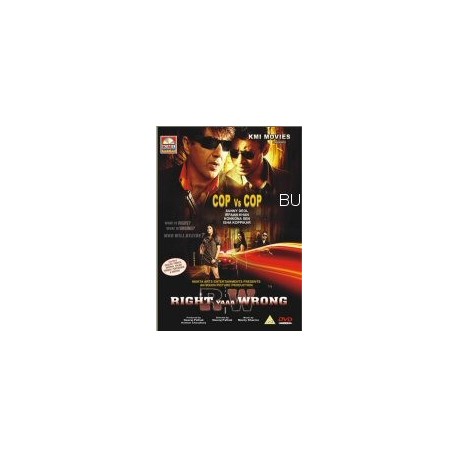 Ajay Shridhar (Sunny Deol) is a brave and an intelligent cop. Some incident happens and he wants to die and he wants his wife (Eesha Koppikhar) to kill him. Will a wife agree to kill her own husband? Why Ajay wants to kill himself? An intriguing tale of two powerful cops and best friends, Ajay Sridhar (Sunny Deol) and Vinay Patnaik (Irrfan Khan), where an intense rivalry leads them on a battle for supremacy. An interesting hide and seek game between them leads to a dramatic confrontation where Radhika (Konkona Sen), ironically Vinays sister, chooses to support Ajay in this chase of mind games, and Vinay has to fight it out.
"The most chilling racy thriller which shakes you up and keeps you on the edge of your seat till you know..."
What is Right? and What is Wrong?...
"Who Will Decide?"
A Big Screen Crime Thriller.