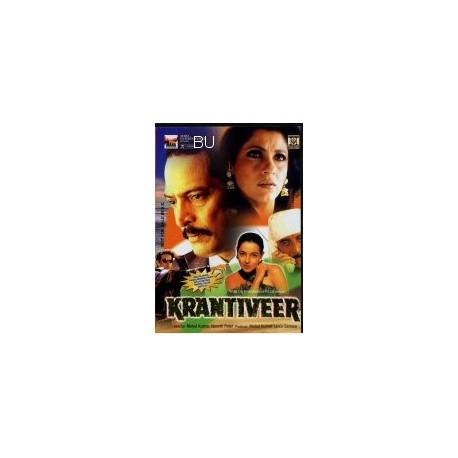 Pratap is a man without any motivation, aim or direction in life. He is aware of the plight of society around him, but like millions of others he takes things they are and is too lazy to fight for a cause. Megha Dixit is a journalist is totally the opposite of Pratap. She is always ready to fight for the cause of common man. She tries to instill a sense of duty in Pratap but she does not succeed. They both live in Basti owned by Laxmidas. Pratap and Atul, Laxmidas's son are fast friends. Atul is in love with Mamta, daughter of notorious builder Yograj. Yograj traps Laxmidas in his plan and with the help of politicians, police and underworld Don Chatursingh engineers a communal riot in Laxminagar. They want to displace thousands of poor from their lands and build huge complexes there. The plight of the people and Meghas angry heartfelt words spark the revolution in Pratap. Watch his fight against the evil politicians in Krantiveer.