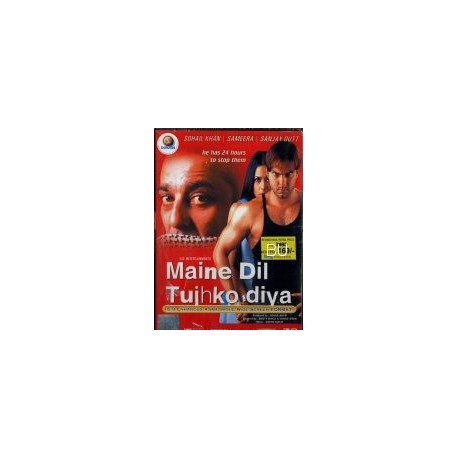 'Maine Dil Tujhko Diya' is a love story love story with action. Sameera is the daughter of a prominent businessman, Kabir Bedi. She falls in love with Sohail Khan. Sohail is the leader of a gang called Aryans, who fight bad boys. Sohail is an orphan and Kabir Bedi refuses to get Sohail married to his daughter. Sohail challenges Kabir. Dalip Tahil is Kabir Bedi's partner and wants to get his son married to Sameera. Dalip gives a supari to a gangster who works under Sanjay Dutt to take care of Sohail Khan. When Sanjay Dutt realizes their true love, he starts supporting Sohail.