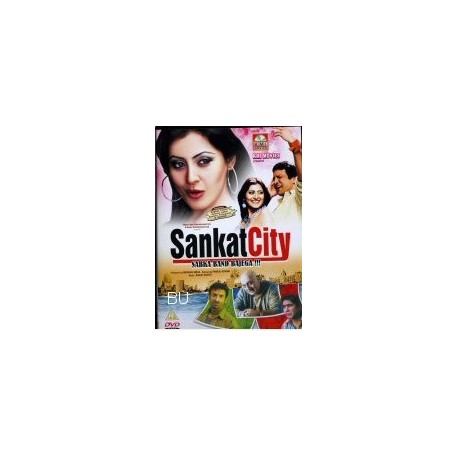 Guru (KK Menon) is a smalltime car thief. Ganpat, who owns a dilapidated garage, is his partner-in-crime. Guru whacks cars and Ganpat (Dilip Prabhawalkar) gives them a make-over in order to sell them for tidy profits. One night, while returning to his kholi, Guru chances upon a swank Mercedes parked outside a brothel, unattended. He steals the car and takes it to Ganpat. While working on the car they discover a sum of Rs. 1 crore in the boot. They are delirious with joy at the unexpected turn of events and start spinning dreams. Little do they know what lays in store - for the car and the money belongs to a vicious gangster/loan shark called Faujdaar (Anupam Kher)! Gurus plans ricochet when he tries to sell the stolen Mercedes to Suleman Supari (Rahul Dev), a hitman, who recognizes the car and notifies his friend Faujdaar. Scared for his life, Guru squeals that the moolah is in Ganpats garage. Faujdaar sends his henchman with Guru to retrieve the cash. Unknown to them, the paranoid Ganpat has hidden the money in what he thinks is a safe place in his garage, because hes afraid that thieves might rob him off the cash. By the time henchman Lovely and Guru reach the garage, Ganpat is involved in an accident, which results in a temporary loss of memory! Guru cant find the money anywhere and he has no clue where the amnesic Ganpat has hidden it. A vengeful Faujdaar decides to bump off Guru, who pleads for his life and begs for a chance. The sadistic Faujdaar gives him a grace period of 3 days to cough up the dough. With no hope in sight, a dejected Guru almost resigns himself to death, when he bumps into Mona, a con woman who had teamed up with him in a smalltime con job a few years back. The heist had been a success, but Mona had vamoosed with all the money, leaving Guru in a lurch. Shes right now in the process of putting a sting on a builder, Pachisia (Yashpal Sharma), for which, she requires a partner. Since Guru needs the dough quick, he hesitantly teams up with Mona (Rimi Sen). Mona and Guru successfully con a large sum of money off the builder only to lose it again to a strange quirk of fate. The story then weaves itself to a thrilling climax, going through a series of hilarious events, comic situations and nerve wracking moments. There are also thrills and spills with other characters including Chunkey Pandey in a double role as Sikandar Khan the actor and his body double, Manoj Pahwa as the director and Sanjay Mishra as his assistant, Hemant Tiwari as Philip Fattoo, Virendra Singh as Faujdars guru among others, each bringing in his own dose of alughter. Will Guru be able to return the money to Faujdaar, who is a great stickler for time? Will Mona get the better of Guru yet again? Will the poor Ganpat regain his lost memory? Will the sankat be over for all the people involved? Well, one finds that out as the story deliciously unfolds itself - layer by layer.