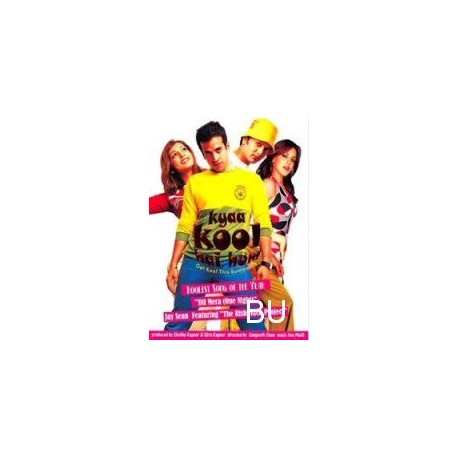 Meet Rahul (Tushar Kapoor) and Karan (Riteish Deshmukh). Not exactly diaper buddies, but definitely thick friends. Though Rahul is sincere simple and hardworking, Karan is just the opposite.
However, they share one thing in common. Both are intelligent but kool wannabes. Although both hail from well to do families, the drive to make it on their own steam has led them to the city do dreams Mumbai. While Rahul aspires to become a famous fashion designer some day, Karan dreams of marrying a girl with a pretty face and a prettier bank balance.
Meanwhile, the city is rocked with a series of rape and killings and the police are in search of this dreaded Serial Killer. Things take a funny turn, when Rahul becomes the prime suspect as the serial killer and this sets the police on the trail. They hatch a plan with the help of a famous criminologist (Anupam Kher) to nab him in action. The job of nabbing Rahul in action is entrusted to a violent lady Inspector called Urmila Martodkar (Isha Koppikar).
Meanwhile Karan, the winnable Casanova, has managed to woo his bosss ex-girlfriend called Kiran. Kirans parents strike a plan to brainwash Kiran from letting go off Karan and for that they call Kirans cousin Rekha (Neha Dhupia), a psychologist for help.
A complete laugh riot and a thorough entertainer, the film reaches its crescendo when the police are on the verge of arresting Rahul as the rapist and Karan is about to wed Kiran at the temple