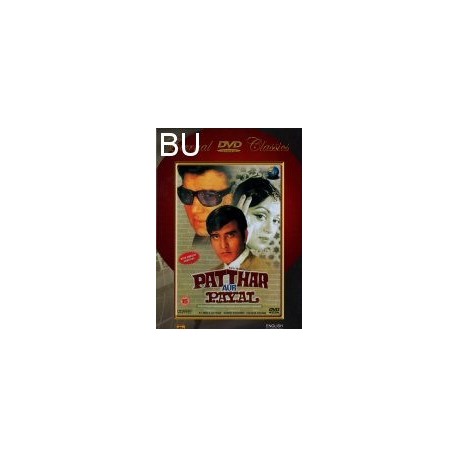 Ajeet and Ranjeet were two dacoits. They were reared in the shadows of danger. The police was after them. Their heads carried a reward of Rs.50,000. Ajeet and Ranjeet were born as human circumstances turned them into out laws. But the law and the society condemned them. Neither even tried to get into an insight into the circumstances that forced them to become dacoits. It was not the lust of power nor the lure of wealth. It was the tyranny, the treachery, the crookedness of Vijay Narain Singh which truned these two fine human beings into sub-human dacoits.
They were forced into decoity. And they might even have died the death of dacoits - by a police bullet or on the gallows. But Asha, the city-born daughter of a business magnet, crossed their path. It was the meeting point of two different independent fate lines.
There was a dacoity in the village where Asha was staying Sarju a loyal comrade of Ajeet, saw Asha, he wanted to molest and rape her. But at that time the man in Ranjeet was awakened. He came in the way of Sarju and this was the begining of a long feud between the two. Sarju wanted to run away with Asha, Ranjeet wanted to save her. Ultimately, Ranjeet decided to take her to the city under his protection. Sarju demanded that Ranjeet be declared a traitor and should be given the same sentence as was mated out to his own brother who was a trailor. Ajeet was helpless; he had to bow down before the law of the gang. In the city Vijay Narain Singh recognised Ranjeet. Ajeet also reached city in search of his brother. Ranjeet was persued by the law, he was persued by Vijay Narain Singh. Ajeet was also after him. Sarju also wanted to settle his score with Ranjeet. But Ranjeet eluded them all. Ajeet abducted Asha thinking that if Ranjeet has left his brother and his gang for the sake of this girl, he must come to him to rescue her. What did Ranjeet Do? Could he rescue Asha? What happened to Asha? What did Sarju do? Was law a silent spectator to this human drama? "PATTHAR AUR PAYAL" provides answer to all these questions.