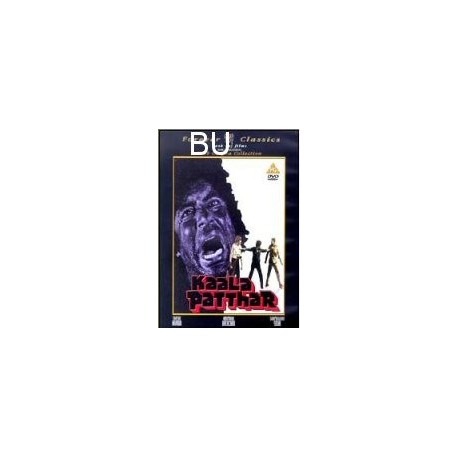 This a story about three men who work in a coal mine. Vijay (Amitabh Bachan), Ravi (Shashi Kapoor), and Mangal (Shatrughan Sinha) are three men who are willing to take a stand and fight for justice. Vijay, an ex naval officer, was court-martialed and started working at the mine. Ravi, an engineer, is also working at the mine and is very honest. They are fighting a case against their employers. They are joined in their quest by Mangal, who is a runaway convict. He later finds out that there is a soft, humane side to him. They join the other workers in an attempt to save the lives of their fellow workers. Kaala Patthar is a story about how different people from different walks of life come together and fight a battle, one which is a losing battle.