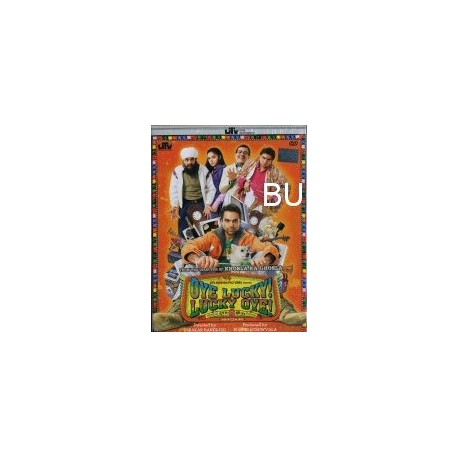 What follows may have been true.
From the inner city ghetto of West Delhi, Lucky, a gawky 15-year-old lower middle class Sikh kid, rises to become one of the most wanted master thieves of India with tens of millions worth loot, a glamorous lifestyle, cars, women, and a fan following.
As a kid, there is little at home for Lucky except an alienated family and a dysfunctional relationship with his violent, bullying father. He is a keen observer of the world around him from his immediate surroundings his friends, dropouts, delinquents, petty criminals to the world he aspires to the nouveau riche - private school kids, shining cars with power windows, and pretty girls from posh neighbourhoods who seem forever inaccessible they all add to his store of knowledge.
Over his adventures, we see Lucky form his worldview. And that is if you dont have it, steal it.
Together with his childhood friend Bangali he graduates to becoming a full-fledged thief and is introduced to a man who will change the course of his life: Gogi Bhai a flamboyant musical bandleader whos also a fence for stolen goods. A man who becomes a surrogate father. Lucky rapidly rises to become Gogis star operator. Through him Lucky meets a host of characters who will define who he will become including Dolly, Gogis aggressive, hard bitten star dancer and her college going, quiet younger sister Sonal with whom he begins a tentative romance. Luckys independent nature, insatiable ambition and hunger for the unreachable accelerate his path in crime and matters are brought to a head by a pivotal act of betrayal that scars Lucky for life and sets him off into a new trajectory of life.
Luckys journey develops him into a flamboyant playboy who now wants more than just the riches. Now he needs the respectability, the social standing of a city gentleman. Without sacrificing that reckless freedom he cherishes - the duality of having the freedom to steal.
But this is, perhaps, half the tale.
The other half is about why a wealthy thief who stole tens of millions worth of jewellery, cars, gadgets and other valuables would also steal a greeting card, a teddy bear and a framed photo of a family playing in the snow.