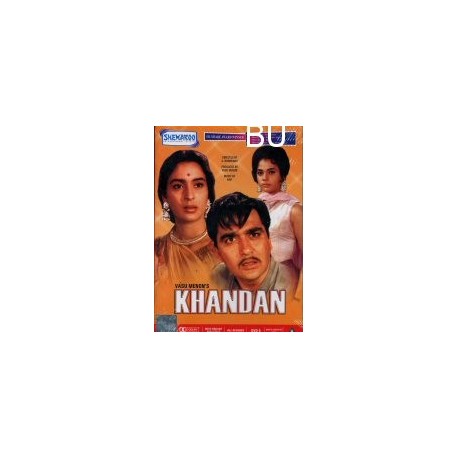 Jeevandasss KHANDAN was like one such well-knit Mala and the precious pearls were; his younger brother Shankar, Shankars wife Parvati and her crippled son Govind. Zamindar Jeevandasss wife Bhagvanti and Govinds younger brother Shyam were also the members of this family, but they were not pearls of the Mala of unity. An orphan-girl Radha came to the house in the status of a maidservant and soon became the beauty and pride of this Mala, eventhough an outsider.
Govind was crippled in his childhood because of an electric shock; but God gifted him with a sweet tongue and a heart full of Love. Radha who cared most for humanity did not look at Govinds disability but saw the great Love he possessed.
Govind was his uncle Jeevandasss favourite, which, issueless Bhagwanti did not appreciate as she had more liking for Shyam, who was studying in a College in the City. But all the same life was going on wonderfully well in that great house, till the arrival of Naurangi Lal and his sister Neeleema, children of Bhagvantis deceased brother.
Naurangi Lal came to this family completely broke financially from Singapore, and he had plans to wreck this family too with his crooked ideas. He was helped in this direction by his aunti Bhagwanti whose favour he won immediately. And then Shyam completely fell a prey to Neeleemas glamour. The upheaval led to the division of the once happy home. The prestige of this noble family was dashed to the ground and became the target of village scandal.
But evil cannot survive goodness, doubt cannot substitute faith, hatred cannot be victorious over Love  so it is written so shall it happen.