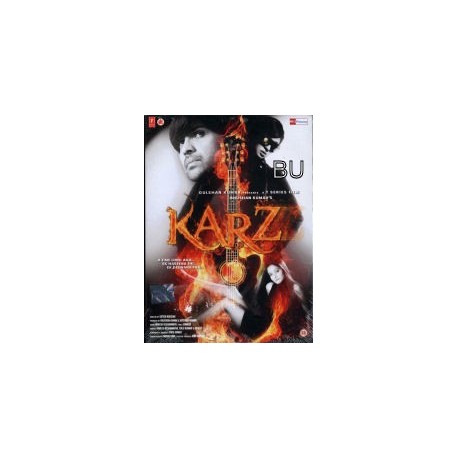 KARZZZZ is a film that explores the psychological traits every human being possesses, some of them so powerful that it leads them to commit vices of greed, obsession, hatred, deceit, betrayal, MURDER Set amidst the majestic and breathtaking locales of South Africa , KARZZZZ is a remake of the 1980 Subhash Ghai hit Karz. The protagonist Monty is an extremely successful Rock Star based in South Africa ; he is phenomenally popular all over the world and is worshipped like an idol. In one of the parties he meets Tina, a ballet dancer. It is Love at first sight but Tina returns to her home after the show. During one of his rehearsals Monty starts playing a tune and suddenly goes into a trance, he starts having intense visual flashes- a mansion, a temple, a beautiful girl Monty falls down unconscious. He sees the same mansion which he had seen in his visuals. On inquiring he gets to know that this mansion belonged to a Ravi Verma, who died in a tragic accident and his mother and sister left after some time. Suddenly Monty again goes into a trance, this time he sees himself as Ravi Verma in his previous life and the beautiful girl Kamini whom he had loved and married in his previous life he comes back to his senses with the grave realization of being born again as Monty. Monty meets Kamini, Tina's foster mother -she is the love of his previous life. Kamini, although double the age of Monty, takes a fancy to him and a clandestine affair ensues between them. From here on it is Monty's journey  of the enthralling vengeance which he unleashes on Kamini for her sinister plans, in close connivance with her wicked accomplice Sir Juda, to murder Ravi to take over his estate; to repay the debt, which he owed to his family by bringing out his mother and sister from the dark recesses of their life; to reunite with Tina to culminate his incomplete love from his previous life; all in all to absolve himself of all the Karzzzz' he was reborn with That's KARZZZZ for you.