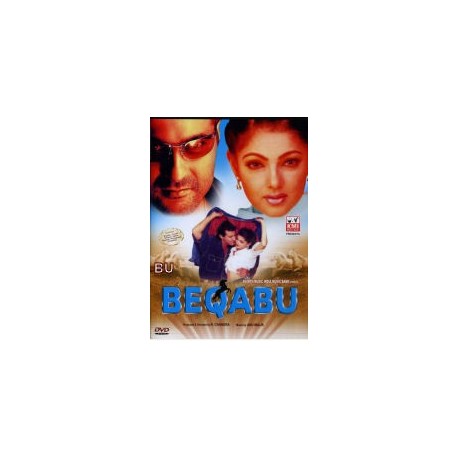 Raja a conman, born in a ordinary middle class family but brought up on the streets. Lived a solitude life with just friend D.P and Dadu his guardian who raised him and to earn his living taught the art of corning. Once in a bank dacoity Raja comes across ferocious International mercenary terrorist Jhanjhar Singh who falls behind Raja's life. To save Raja from Jhanjhar Singh and arrest him S.P. Aarajeet Bakshi shelters Raja in Rashmi's house where they fall in love at first sight and become Beqabu for each other. Rashim's parents give Raja all the affection he has missed but are not able to give their daughter's hand in marriage. Raja's witness helps the law to sentence Jhanjhar. But Rashmi's parent disagree to Raja and Rashmi's marriage. Thus they both run away from their house but are not able get away from Jhanjhar Singh's men who are behind Raja's life. In a attack to kill Rashmi is injured. Love is not only getting but also sacrificing for one's beloved. Thus Raja to keep Rashmi away from his enemy goes far away from her. The remenicence of past life come back with bigger problems and surrounds Raja, Rashmi, D.P and S.P. Raja can escape from this be he has larger goals to achieve. That is to finish the teororists who are spreading terror in India. These mercenary terrorists are using human bomb to kill important personalities thus to combat with them Raja puts his life on stake.