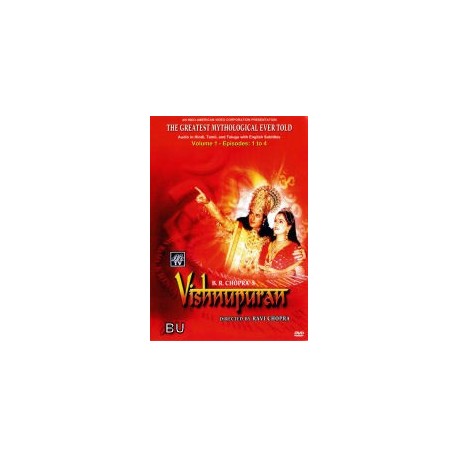 Vishnupuran Complete in 23 DISC SET
"The Greatest Mythology ever told "

Vishnupuran is one of the most popular mythological serials ever telecast. It unfolds on the small screen the ten incarnations of Lord Vishnu the sustainer, namely, Matsya (horned fish), Kurma (mighty turtle), Varaha (fierce boar), Narasimha (Man-lion), Vamana (midget), Parasurama (angry sage), Rama (dutiful prince), Krishna (righteous coward), Buddha (compassionate sage), and Kalki (Messiah.) Vishnupuran is the story of our culture. The story of Vishnu, who in mans flight against evil, comes to earth time and again to maintain the balance between good and evil. It is the first time that audiences are going to see the stories of the Ten Avatars of the Lord.