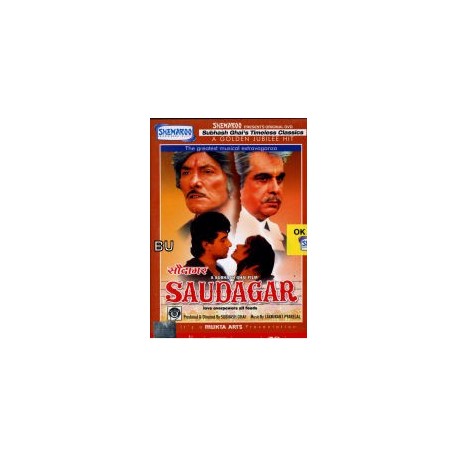 When two equally great acting legends (Dilip Kumar and Raj Kumar) come together on the screen after 30 years, the result is sheer magic. Set in the Himalayas of Northern India, SA UDAGAR is the story of two merchants, Bir Singh (Dilip Kumar) and Rajeshwar Singh (Raj Kumar) whose friendship sours and whose enmity becomes the catalyst for destruction and suffering in their respective villages for generations to come. But love blossoms under the shadow of terror when their grandchildren, Vasu (Vivek Mushran) and Radha (Manisha Koirala) fall in love with each other, ignorant of the of the deep-rooted hatred between their grandparents camp of the terrorist head honcho, Dr. Dang (Anupam Kher), who has vowed to destabilize India. The film which brought audiences back to the theatres because of its awe-inspiring cinematic visuals.